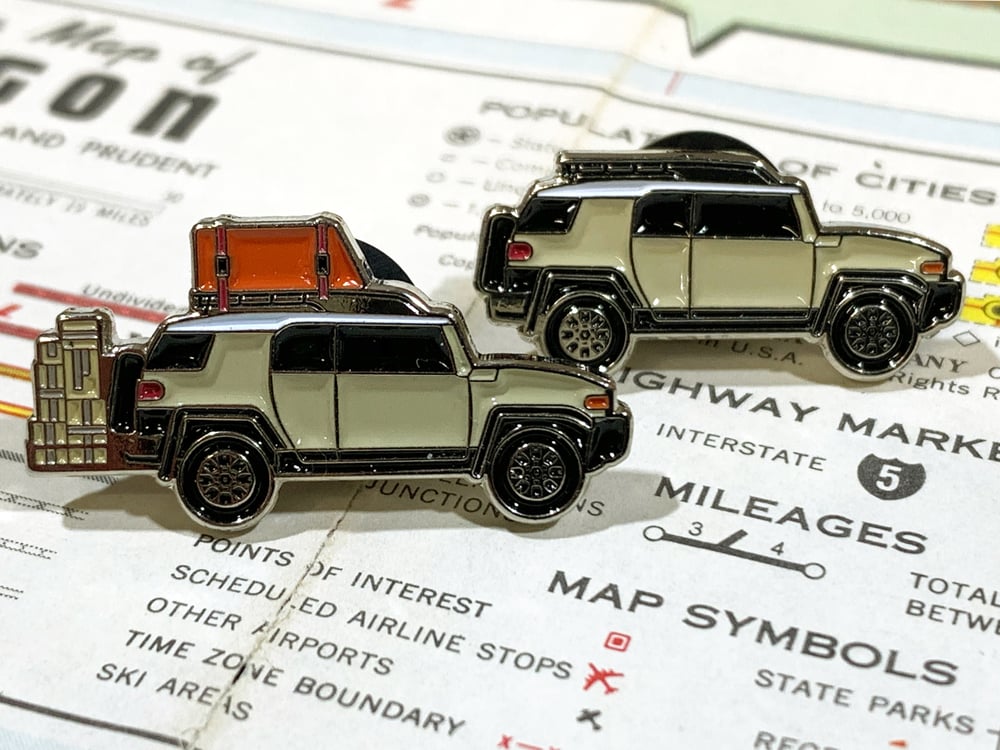 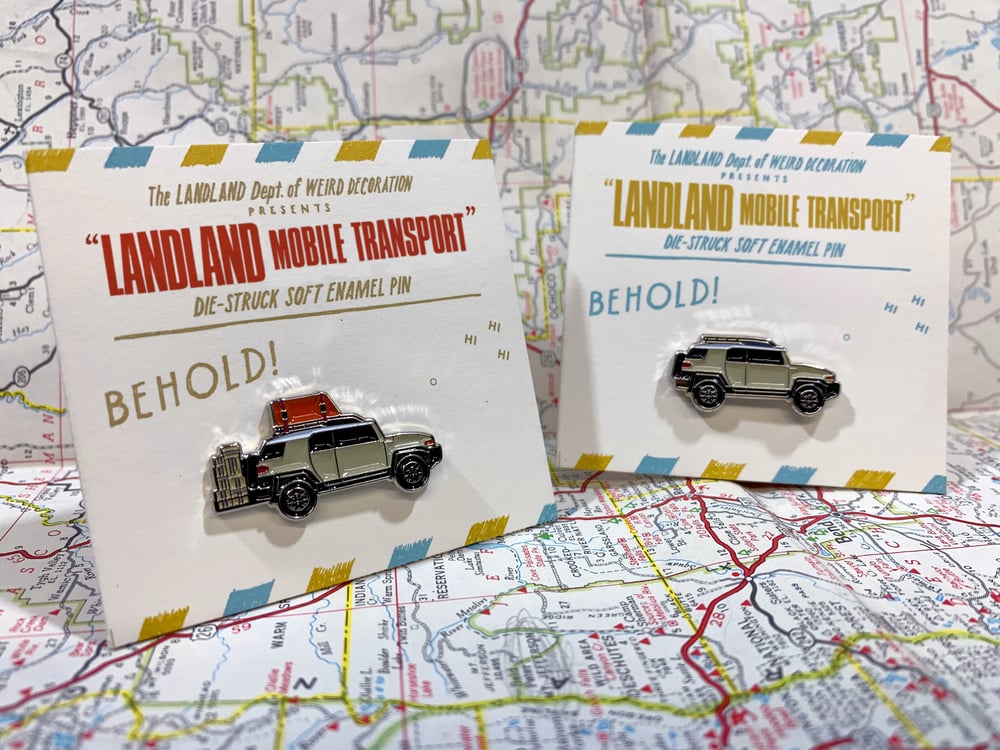 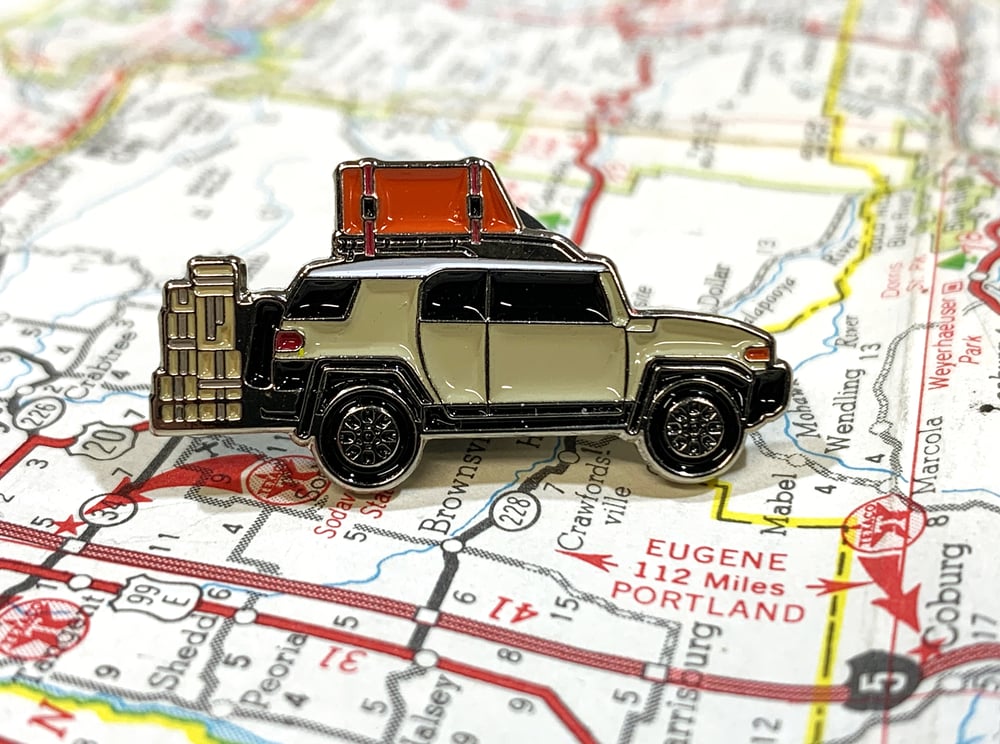 Behold! Now there is a tiny, wearable version of our Trusty Landland Mobile Command Unit, a 2012 Toyota FJ Cruiser that has hauled almost all of our things and our human bodies all over the country, and up and down the walls of canyons. Sometimes there's stuff stacked and strapped all over it, and sometimes it's tearing around, footloose and fancy free.

This weird homage to our most unsung (and sometimes hardest working) crew member has now been sung, thanks to our buddy Jon Johnson over at Bearface Design, whose awesome series of tiny car pins sorta inspired making these. I got in touch with him and asked if we could add this little duder to his fleet. Easy as that. It comes in two versions: An "off-duty road trip" version for the day-to-day, and a special "Landland Variant," headed to Flatstock or wherever, and loaded down with as much stuff as we can pile on the thing. Wear them on something or just put them in a jar somewhere!

Info:
• They're each 1" wide, and very adorable. Or rugged, in the tiniest way?
• Comes with black rubber backers to hold it secure instead of the bad ones
• Packaged with a four-color hand-screenprinted backer card, because why not?