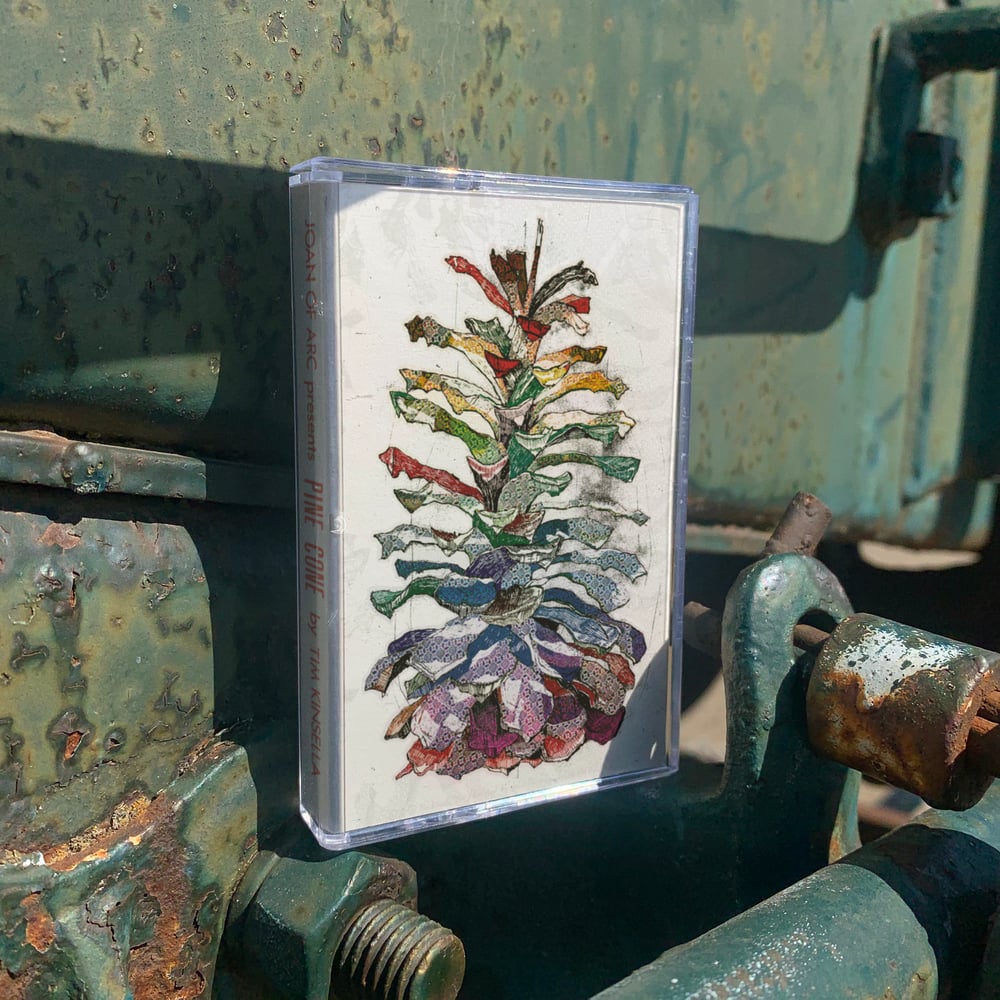 Listen to this tape over at our Bandcamp page: https://landland.bandcamp.com/album/pine-cone

"Written, Recorded, and Edited at home over an intense two week period in isolation meditating on a Pinecone, Pine Cone is a (mostly) instrumental sonic analogy of the form of a Pinecone.

A simple set of prompts guided its development—more than two instruments at one time would always be an exception, nothing repeats without variation unless that is the totality of its function, the fades, blurs and cuts that link its sections are as much its point as any instrument.

Some neighbors dropped by to check up on me and graciously played along: Matthew Clark (White / Light), Todd Mattei (Lites Alive), and Jonathan Van Herik (Disappears).

It’s been twenty years since I have lived within a dozen miles of anywhere I might see a Pinecone. But I keep the staff of Dionysus, Lovecraft’s From Beyond, and Descartes in mind daily.

In the tradition of Eno’s definition of Ambient Music, promising the listener a more- or less-deep listening experience according to his or her own desire to engage or simply let it create atmosphere, Pinecone is a record for candle lit baths, bright and breezy afternoons with a fine Brie, or any other time you most prefer to be stoned and alone."
—Tim Kinsella