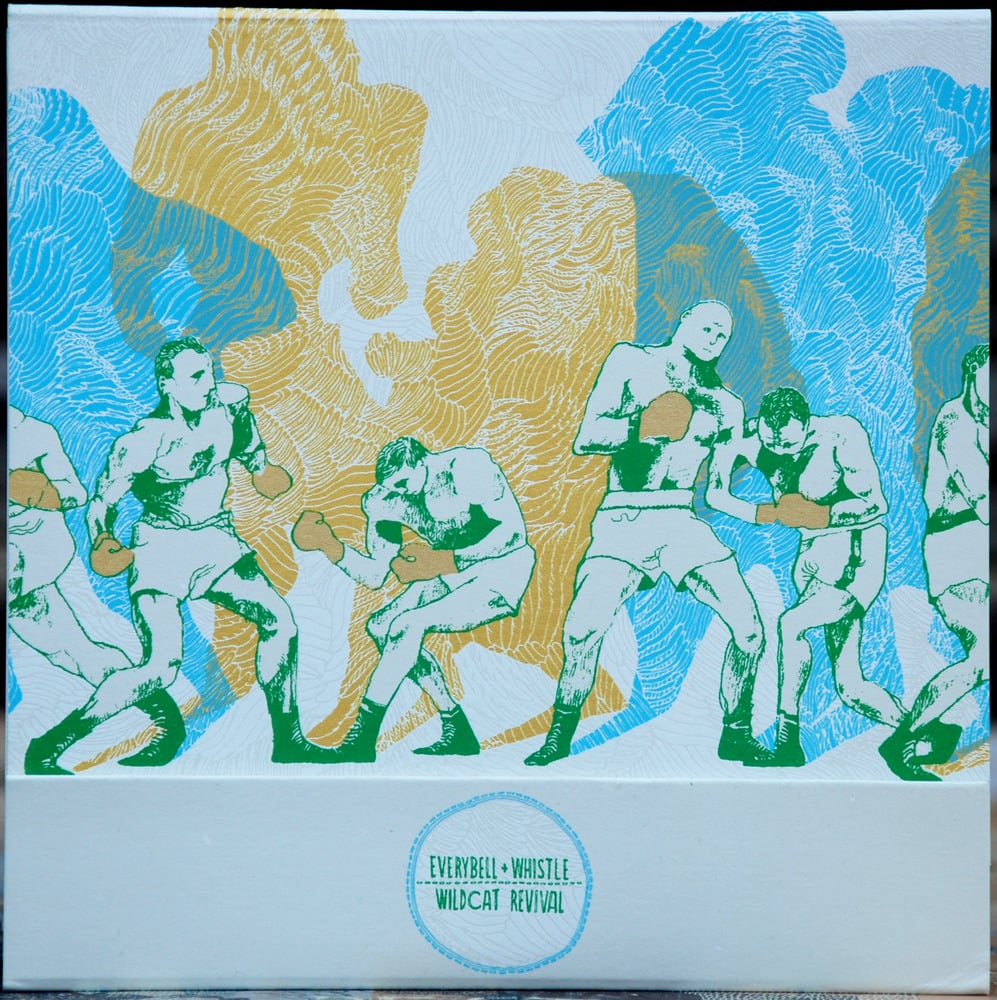 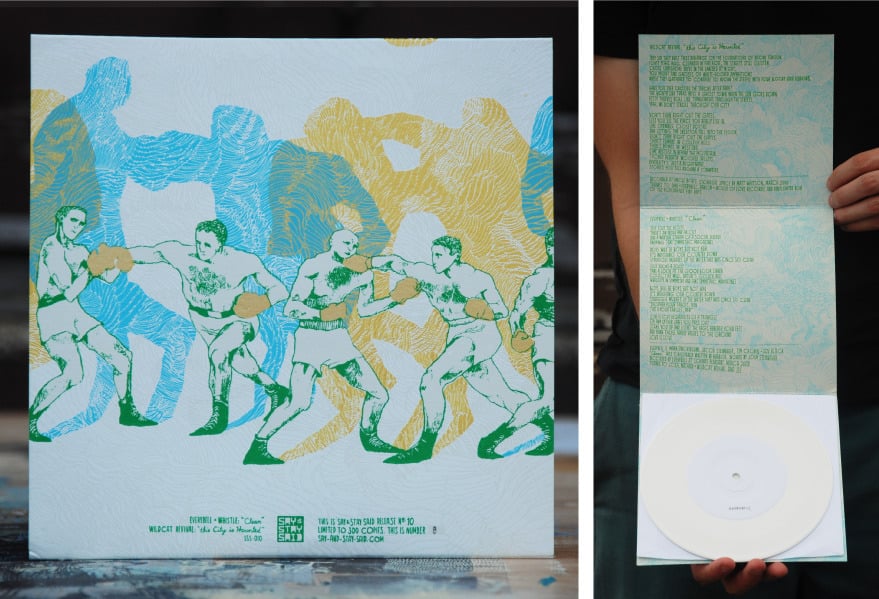 Side A:
Everybell: "Clean"

Side B:
Wildcat Revival: "This City is Haunted"

I don't really know what to say about this thing. This was the final Everybell recording before they broke up in 2009, as well as the final release from my now-defunct, barely-even-funct-to-begin-with "Say & Stay Said" record label. I think Wildcat Revival went on to release a couple other things before breaking up or going on hiatus or something. This record came out right around the time both bands went on a two week tour of the Midwest, and serves as a weird time capsule of all of us caravan-ing from town to town. Wildcat Revival is a young, terrifically energetic band, and I remember feeling a little bit of pressure to make our side a little rougher and crazier than some of our other stuff, just to balance it out (and not sound like wimps next to their ridiculous wall of sound). Our song was a reworking of a song by my cousin Josh's short-lived hardcore band Harbor (Josh is also our drummer Jacob's older brother, Jacob and I are cousins) that almost nobody knows about, but they wrote a handful of really amazing songs...hopefully we did it some justice here.

At any rate, we ended up touring with Wildcat Revival shortly after this came out, and even though it was probably the last straw as far as us being a band was concerned, I really don't think there's any way I would have rather spent that summer...caravan-ing from town to town, sleeping in fields behind Wal-Marts and getting kicked out of house parties. This record doesn't really sound like any of that stuff, but it sorta does.