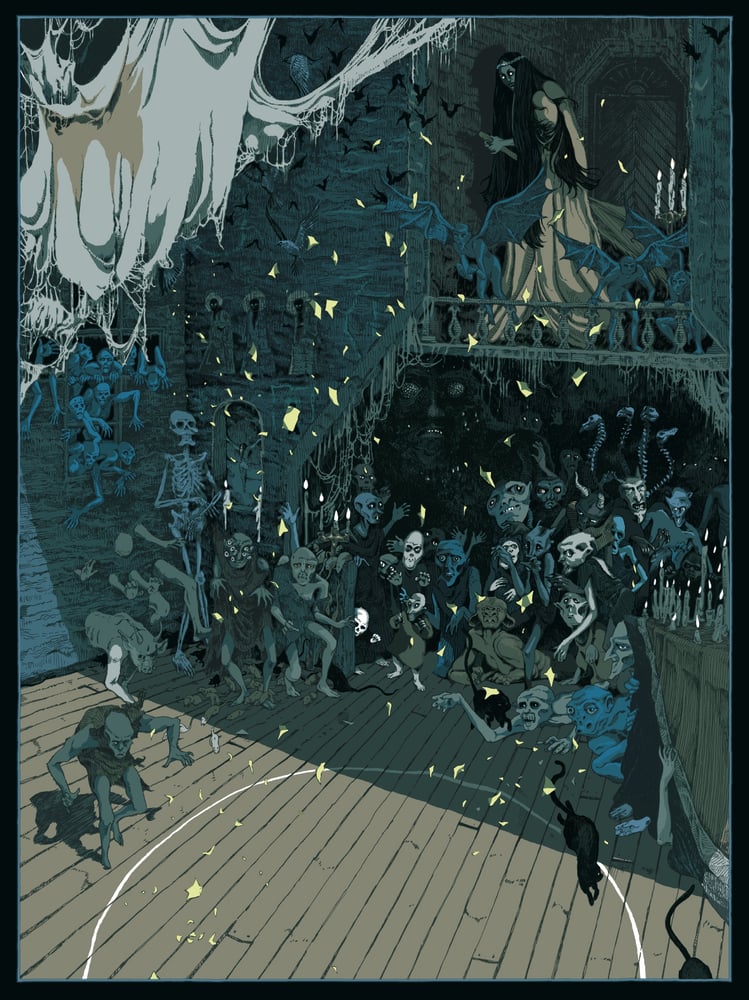 This is a 1967 Russian film
that has the distinction of
being the first-ever Soviet era
horror movie. It’s also
called VIY, if you want to
look it up. It’s actually quite
delightful and totally up my
alley, image-wise, which is
I suppose why Black Dragon
Press commissioned the print
from me, and certainly not
because anyone had seen it
or wanted a print of it ;) —Jes"

Note: Almost all of the prints being released for our sale this weekend are from the regular/standard editions, but some are AP (artist proof) copies, Artist Editions, or Landland Subscriber copies, and may be marked/numbered as such. These prints are IDENTICAL to the regular/standard edition (printed at the same time, in the same session), with the numbering being the ONLY distinguishing characteristic. If this possibility is concerning to you, feel free to get in touch and we’ll check to see if this is the case with this particular print. Thanks!